This operation can reduce the occurrence of blue screens by 90%

One of the most system failures Windows users have encountered?

The so-called blue screen does not damage the computer, but refers to the blue face reflected on the screen when the blue screen occurs.

Whether you are a domineering president or a game nerd, whether you are surfing the Internet or working hard, all beings are equal in front of a blue screen.

As a failure that accompanies the Windows system for decades, Microsoft cannot be unprepared.

On the error page of the blue screen, the factor that caused the error is usually pointed out, or a string of blue screen code is given.

The most common one is SYSTEM_SERVICE_EXCEPTION, which means that the driver is faulty.

If it is not a very old computer, the hardware will hardly be damaged, and 95% of blue screens are caused by driver failures.

Therefore, as long as we repair the driver, the blue screen error can be resolved with a high probability.

Press Win + Q to search for CMD and run as an administrator;

Paste and enter the first series of commands (the right mouse button in CMD is paste); 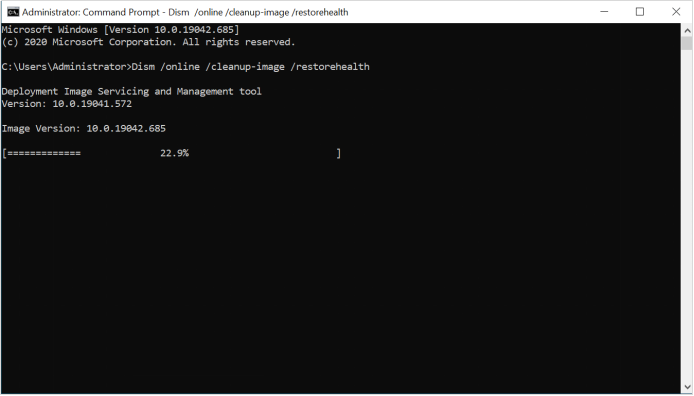 Wait for the progress bar to run to full. This command finds and replaces any damaged or missing files in the Windows component library (C:\Windows\winsx).

Then enter the second series of commands; 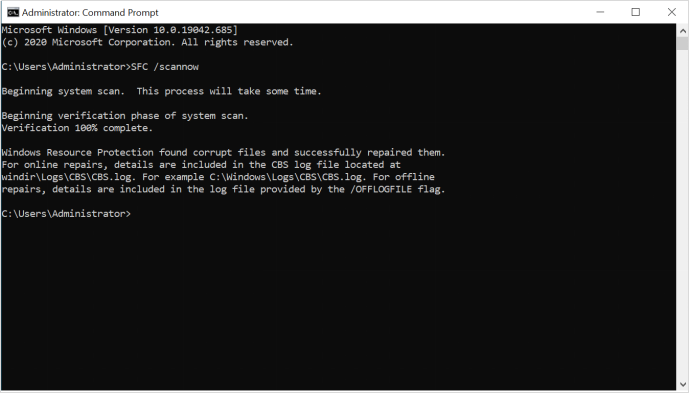 The second series of commands will check all Windows system files and replace any damaged or missing files.

The above two commands usually take 3-5 minutes to complete, but if there are files that need to be repaired, it may take longer.

MeLE recommend that all computers can execute the above two commands regularly, because damage or loss of system files does not necessarily affect stability immediately.

Blue screen when working seriously, it is too late to regret.